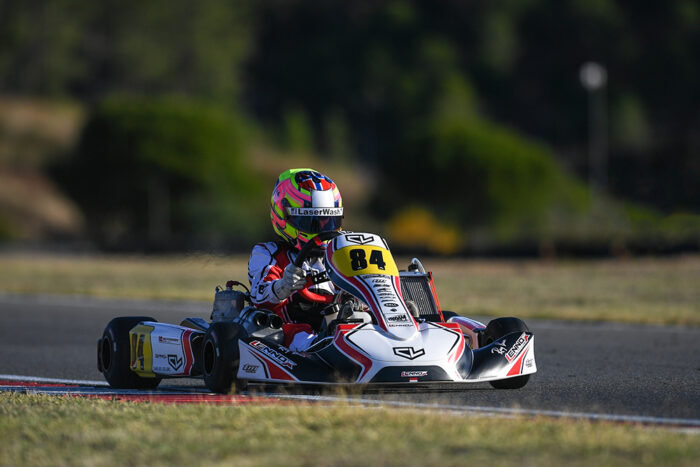 The last round of Champions of the Future gave the Leclerc By Lennox Racing team the opportunity to familiarise with the Kartodromo Internacional do Algarve, which will be the setting of none other than the FIA OK and OKJ Karting World Championship in a few days’ time.

However, the races held at the Portuguese circuit on the weekend just ended did not go well for some of the team’s drivers, thanks to a few too many episodes out on the track that prevented them from progressing in the competition.

The Portimão race was also the setting for the debut of new entry Martinius Stenshorne in OKJ, a class in which the Norwegian finished the championship in fourth place. Right from the heats, Stenshorne immediately took to the CL Karting by Birel ART chassis equipped with TM Racing engines and was the team’s best performer in the Final, finishing ahead of Ivan Domingues. In truth, the result of the decisive race was a bit disappointing for the home driver, due to a penalty incurred in the Qualifying Heats, which ruined a performance that up to that moment had consisted solely of top ten finishes. Rafael Modonese, on the other hand, was caught up in the middle of the group in the heats until retirement in the Second Chance Heat regrettably put an end to his weekend.

Sadly, bad luck also failed to spare the drivers competing in the OK class. Jamie Day, winner of the first round of the championship in Zuera, kept the title fight alive by managing to finish in the top ten in all the heats until retirement in the last heat forced him to line up in the Second Chance Heat, in which he was unfortunately unable to reach the finish line. Oliver Gray, on the other hand, qualified for the Pre-final, but unfortunately his Sunday was marked by retirements in both decisive races. Laurens Van Hoepen‘s weekend was more complicated, as he was unable make the cut for the final race.

The Leclerc by Lennox Racing team will now remain in Portimão to continue its preparations for the OK and OKJ World Championship, the qualifiers of which begin next Friday.