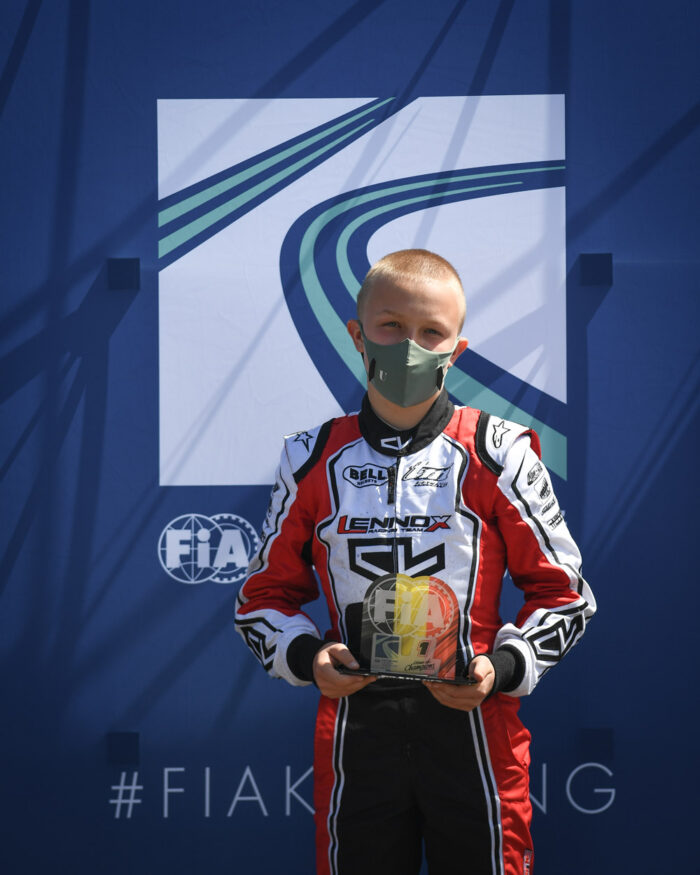 The team demonstrated its worth in Genk during the first round of the FIA Karting European Cham- pionship OK-OKJ and skillfully faced a difficult weekend characterised by unstable weather.

Building on the experience gained in the race two weeks ago during the first round of the Champions of the Future series, the Leclerc by Lennox Racing team proved to be competitive on the Karting Genk circuit. The CL chassis produced by Birel ART and powered by TM Racing confirmed their spe- ed in both classes competing, OK and OKJ, and in all conditions.

In the premier single-speed karting class, Martinius Stenshorne made the most of what he learnt during the previous race and was immediately a front runner, posting the fourth group time in qua- lifying on a dry track. The three heats on Saturday took place in the rain and after two complicated initial heats, the Norwegian driver finished his last race of the day in second place after climbing
three places. On Sunday, in dry conditions, the standard-bearer of the Leclerc by Lennox Racing team was at the top of the standings once again and crossed the finish line of his heat in third place. In the Final, Stenshorne started well in tenth place on the grid and the first few laps saw him move into the top five, ready to battle for a podium finish, but unfortunately a collision made him lose ground. The rookie managed to finish his first FIA competition in the OK class close to the top ten with very pro- mising performances in view of the forthcoming rounds.

Marcus Saeter showed further progress in OKJ and performed very well in a field of 100 drivers. The young Norwegian had a convincing start thanks to his best qualifying of the season: tenth group time, just two tenths from pole position. The standard-bearer of the Leclerc by Lennox Racing team continued the positive trend in both wet and dry conditions and completed three of his five heats
in the top 15, almost getting into the top ten in his last heat. Unfortunately, a retirement and a few collisions in the other two races prevented him from competing to qualify for the final, but Saeter continues to improve, which bodes well for the future.

The Leclerc by Lennox Racing team is looking forward to the next race, Round 2 of the FIA Karting European Championship OK-OKJ, which will be held at the Aunay Les Bois circuit on the weekend of May 28-30.