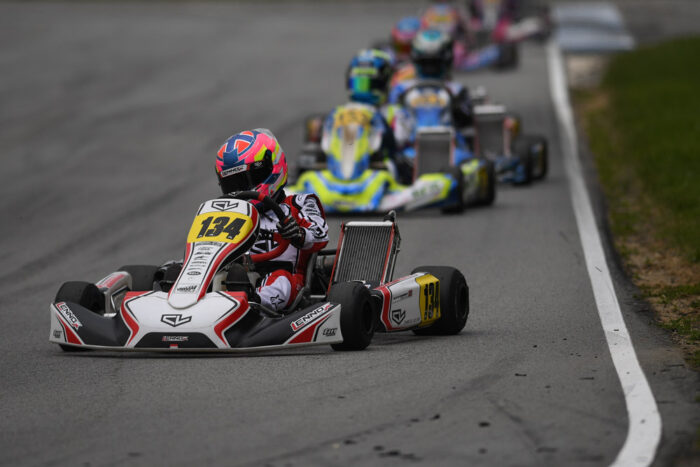 The team demonstrated its potential in Aunay-les-Bois during the second round of the OK-OKJ FIA ​​Karting European Championship and fought for the top positions.

Two weeks after the first round held in Genk, the Leclerc by Lennox Racing team confirmed its competitiveness on the Ouest Karting circuit. The CL chassis manufactured by Birel ART and powered by TM Racing showed great speed in the OK class.

After a promising start in Belgium, Martinius Stenshorne experienced a weekend as an absolute protagonist in the premier class of single-speed karting. Incisive since the practice runs, the young Norwegian set the second-best group time in the qualifiers, just 17 thousandths from the best one, which earned him seventh position overall out of 62 drivers competing. The standard bearer of the Leclerc by Lennox Racing team did very well in the heats too: starting from third position on the grid, he achieved two second places and a third, while in the heat in which he started fourth he slipped to the middle of the group during the first lap and then recovered up to eighth position. These results allowed him to start the final from the third row and after a skilful management of the first laps Stenshorne moved up to fourth place, ready to compete for the podium. A small mistake meant he returned to his starting position and the rookie crossed the finish line in sixth place, thus concluding a very high-level event that saw him climb to sixth place in the championship and that highlights his continuous improvement.

A first apprenticeship weekend, instead, for Nikolay Violentii in OK. In his first race with the CL colours, the Russian driver got to grips with the technical package and brought home an important experience. The standard bearer of the Leclerc by Lennox Racing team significantly improved over the weekend and in his last heat, in addition to recovering five positions from the start, he set a lap time three tenths faster than the one achieved in the qualifiers. Unfortunately, a five-second penalty due to the incorrect position of the front fairing demoted him, but his progress over the weekend was encouraging in view of future competitions.

The Leclerc by Lennox Racing team will see you at the next race, Round 2 of the WSK Euro Series, which will be held at the Adria circuit on the weekend of 11-13 June, in which KZ2 and MINI will also be back on track.