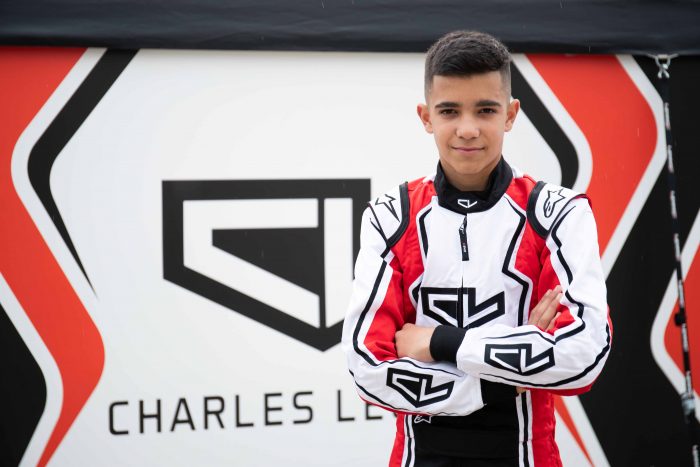 Team and drivers worked really hard on the historic Portuguese track, in order to collect some useful data before the European Championship. Weekend was made more complicated by difficult weather conditions and the alternation of wet and dry turned out uncomfortable to deal with.

Gerasim Skulanov showed some positive progress in the OK Junior category. Gerasim gained pole position In his qualifying group in 57.621 and ranked 3rd overall, putting together some notable laps starting from the first days of competition. Race was not exactly on the same level due to some contacts and lack of feeling on such a challenging track: Gerasim finished 34th. Aaron Garcia also did a good job despite some unlucky moments through the official sessions. The Spanish driver found immediately a convincing pace since first days on track, scoring 58.118 as best chrono in Qualifying Practice and closing 52nd the Super Heats: surely he will have a big room of improvements after his first step in OK Junior category.

An intense weekend also for our drivers in the OK Senior category. Nathan Schaap, Rafael Modonese and Maksymilian Angelard maintained a satisfying pace in qualifying, closing respectively 43th, 48th and 51th, while Andreja Vibriantyte had some more difficulties and placed 62th. All four drivers did their best on Sunday in the Super Heats: Modonese, in particular, made a great effort and recovered at the end nine positions, closing 39th. Schaap kept his level with the 44th place, while Angelard showed interesting things on track gaining 5 positions but a bumper penalty cost him 5 seconds and a final 58th place overall. Vibriantyte concluded 61th. Disappointing results on paper, but the drivers have shown their improvements through the weekend.

Jordon Lennox-Lamb, Team Manager: “As a team who puts young and talented drivers at the center of his strategy we always try to focus on their improvements. Our drivers gave it all on track and showed some great determination. Portimao is not an easy track, but we’re already focused on the next events in order to grow further and develop, also thinking about the European Championship.”